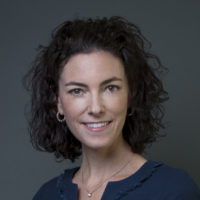 We are proud that one of our own Alyson McGregor has been invited as Keynote Speaker at the 26th Annual Gala of Society of Women’s Health Research (SWHR) titled “Revolutionizing healthcare and research through data” on May 4, 2016 in Washington DC. SWHR is a national non-profit organization that is considered as the thought-leader in promoting research on sex specific biological differences in disease and is dedicated to transforming women’s health through science, advocacy, and education. It is indeed an honor for an emergency physician to be recognized at this national forum for her tireless efforts in advocating for sex and gender-specific medicine in emergency medicine.

Nationally Dr. McGregor served on the Executive Committee for SAEM 2014 Consensus Conference on Gender-Specific Research in Emergency Care. She also served on a summit planning committee for the Sex and Gender Based Medical Education Summit held in 2015, and is on the advisory board member for Sex and Gender Educational Products for Texas Tech University Health Sciences Center and the Laura W. Bush Institute for Women’s Health.

Dr. McGregor’s research focus is on the effects that sex and gender have on emergent conditions and has been an advocate for this concept nationally with such talks as “Sex Matters in a Medical Emergency” at TEDx Providence, RI. Dr. McGregor is an editor for the textbook Sex and Gender in Acute Care Medicine, Cambridge University Press, and serves as editor for IN THIS CASE, an online evidence based publication using a gender-specific focus for patient case presentations.